Early Surprise Proposal at the Trevi Fountain with Tina and Jat

When Jat contacted me he had no doubt in his mind. As Tina and Jat had been to Rome every single year since had been together, the Eternal City seemed the most natural backdrop for their iconic wedding proposal. As for the location, Jat was very keen on the Trevi Fountain, which, for it to work, required them to show up at the very first lights of dawn. The sun was scheduled to rise just a handful of minutes before 6, shortly thereafter Tina and Jat emerged, holding hands. Jat lead the way to the designated spot and there he declared his love to Tina. It wasn't long before he was on his knee, popped the question and was loving every second of his new state of being newly-engaged. We had barely managed to capture a few engagement shots, that the Trevi Fountain was already teeming with tourists and influencers taking selfies and enjoying the majestic view that the fountain never fails to offer. After that, we headed to Piazza Venezia and the Capitoline Hill to capture more iconic images in the warm light of the rising sun. We then made our way to the Colosseum where we wrapped up this beautiful proposal photo shoot with great engagement shots. 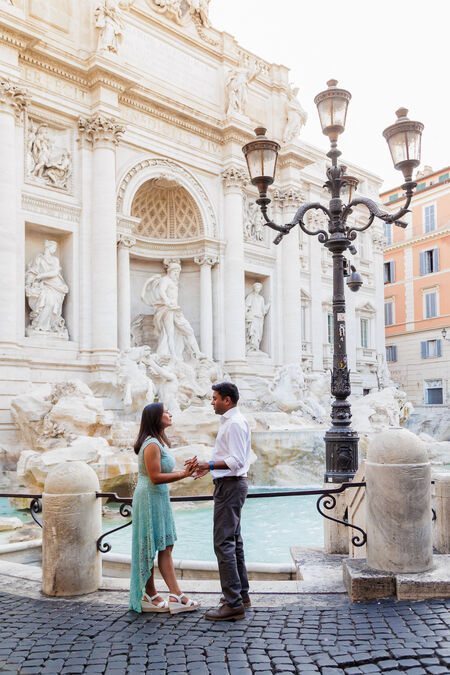 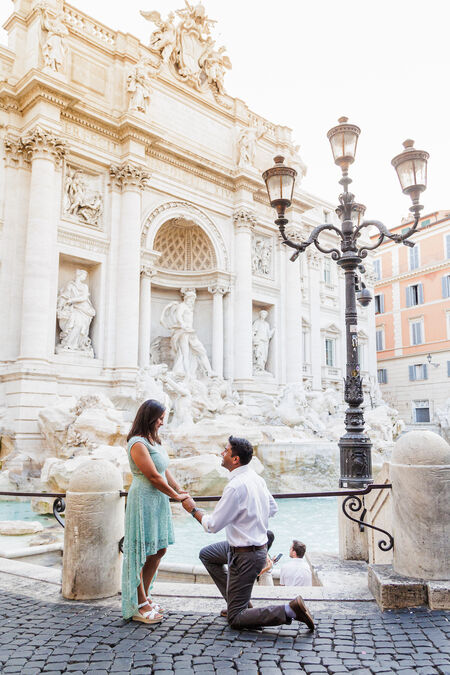 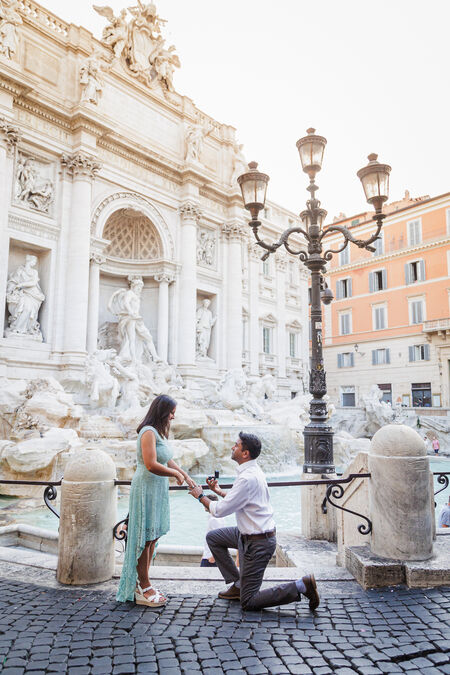 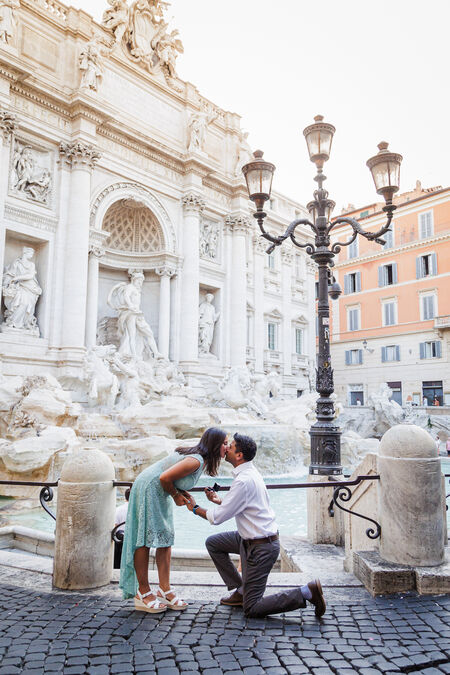 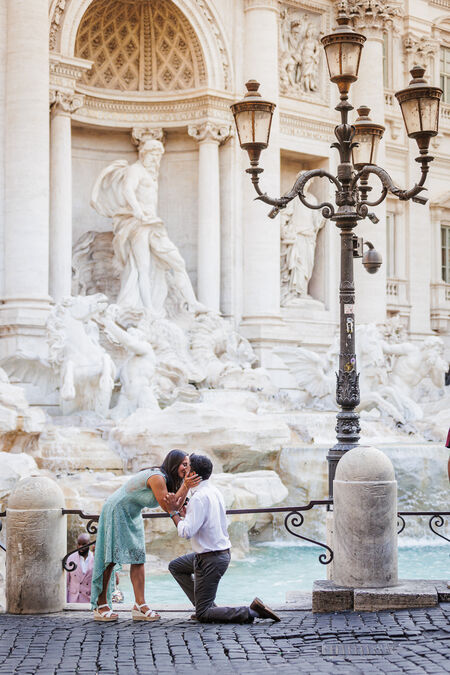 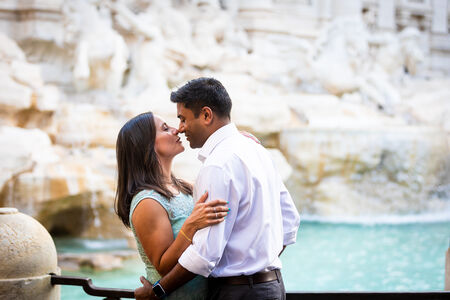 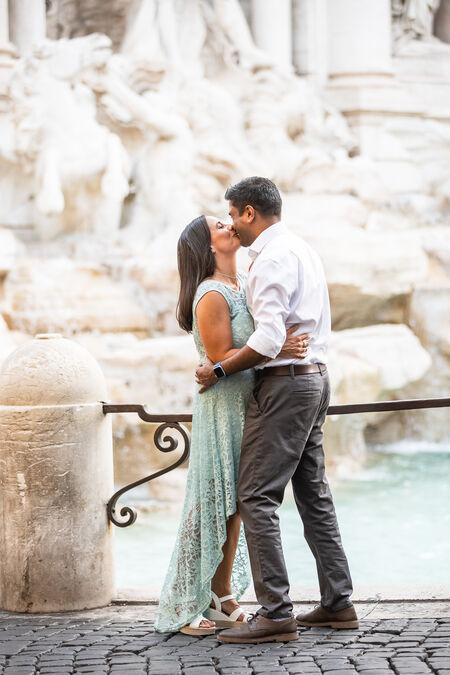 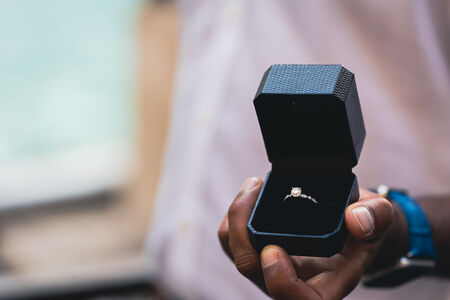 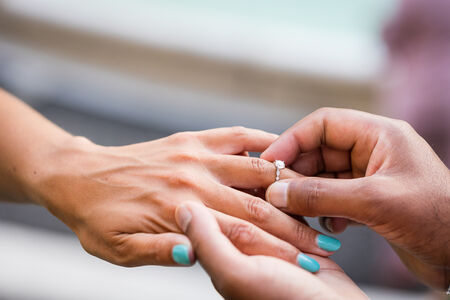 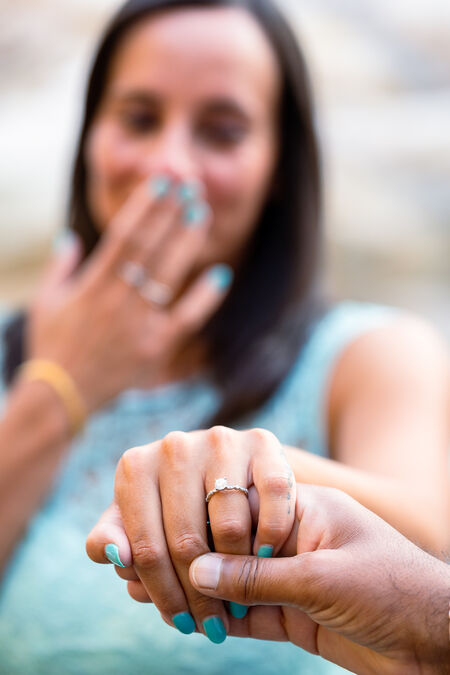 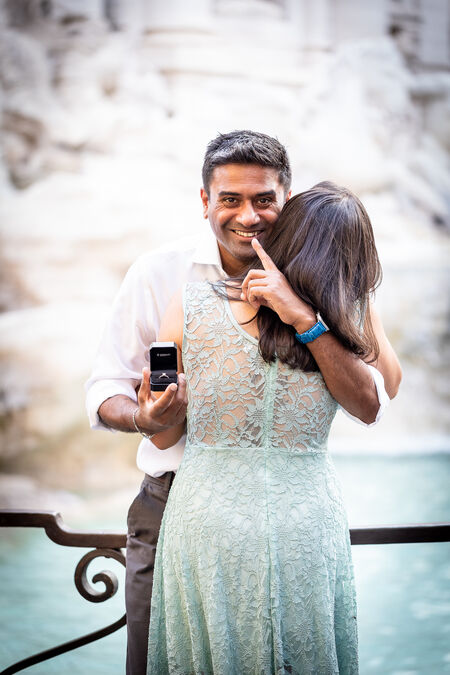 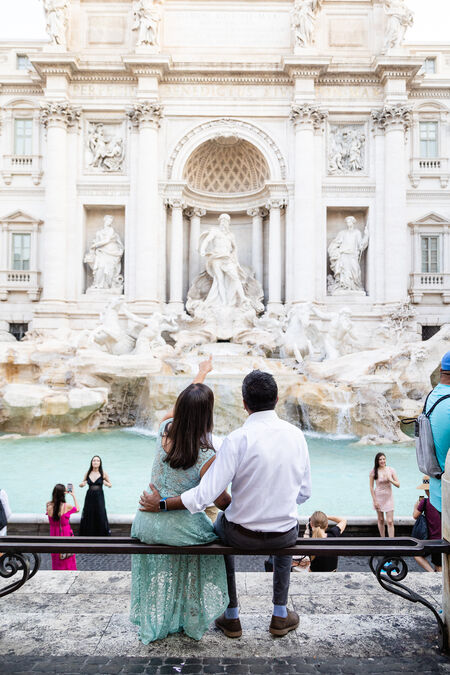 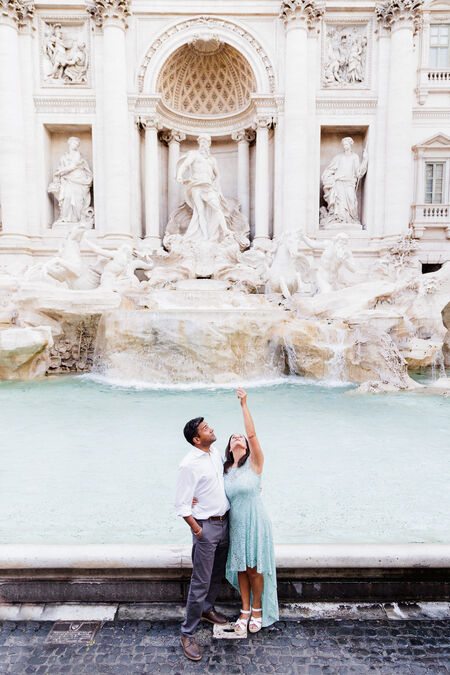 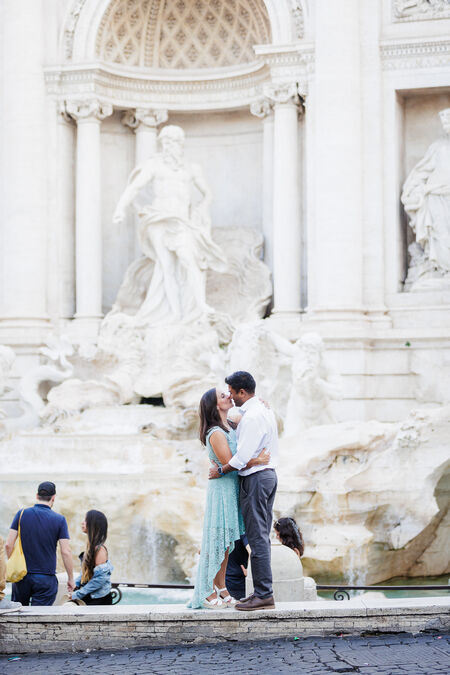 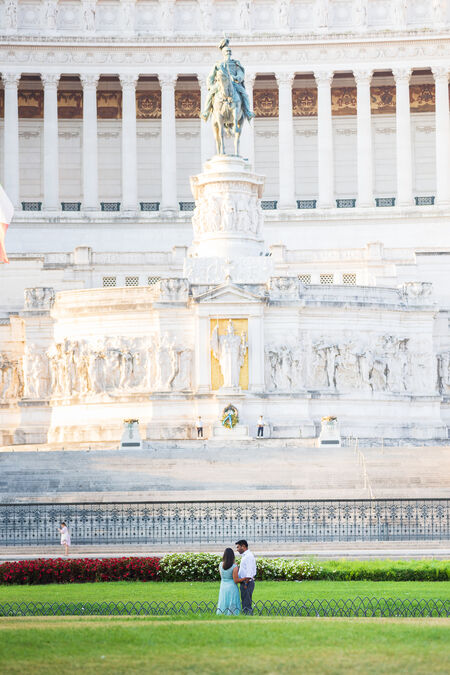 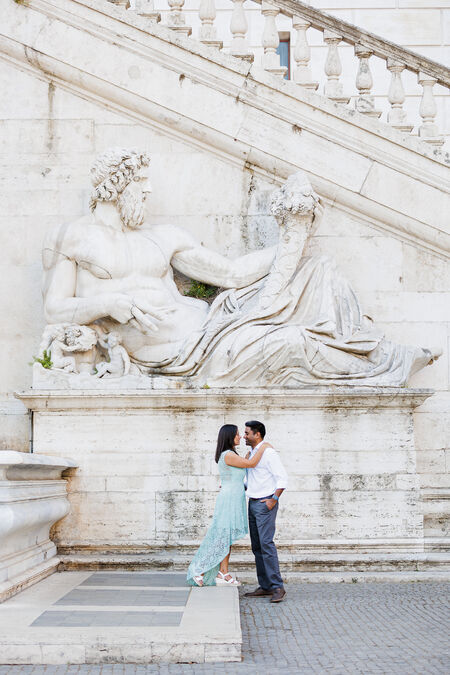 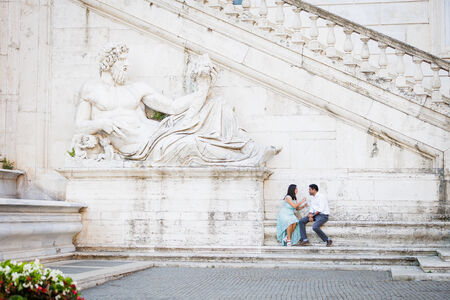 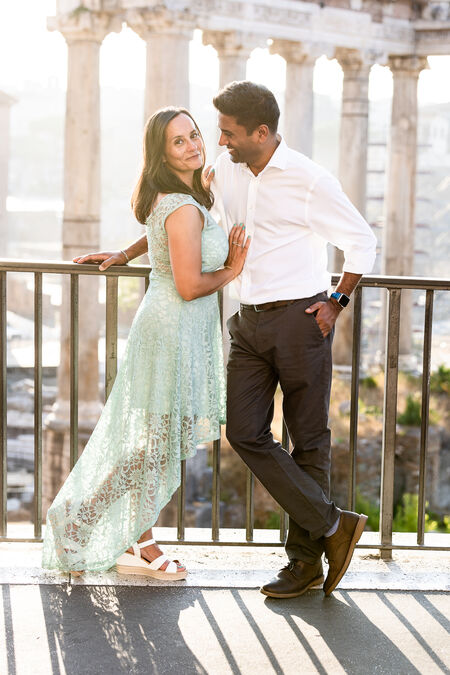 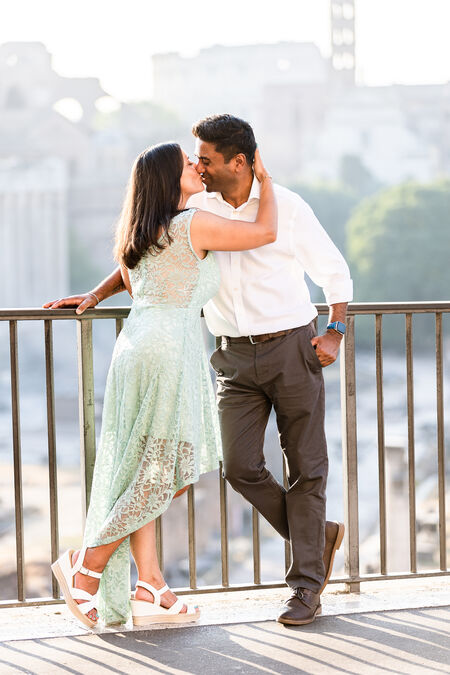 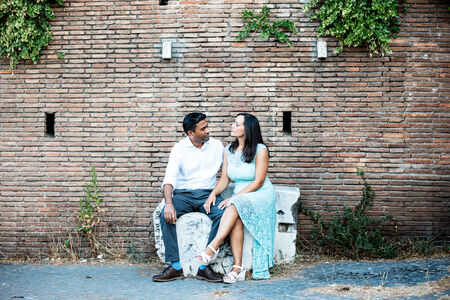 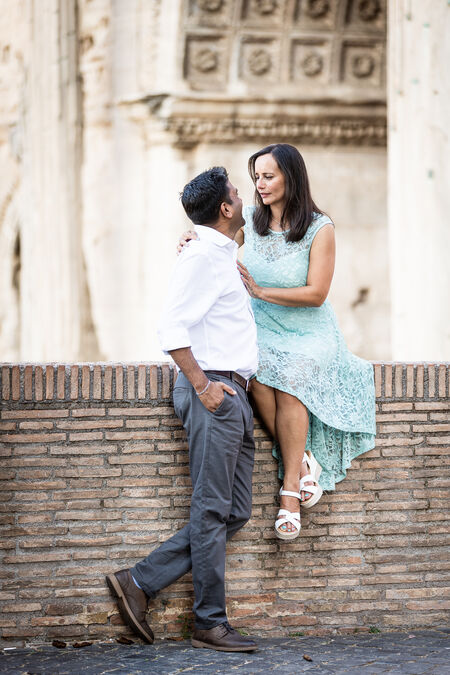 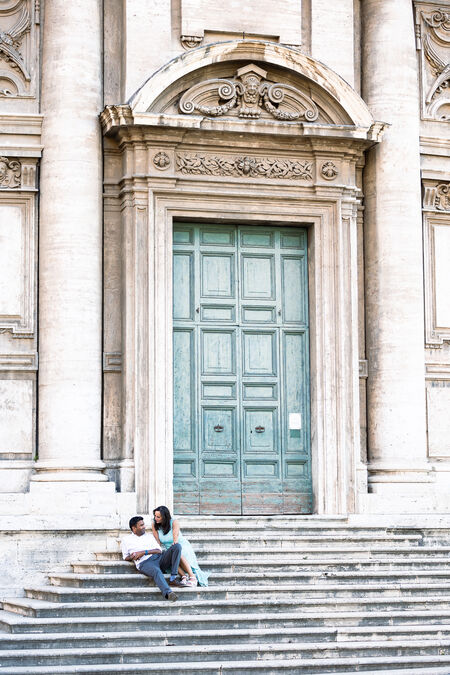 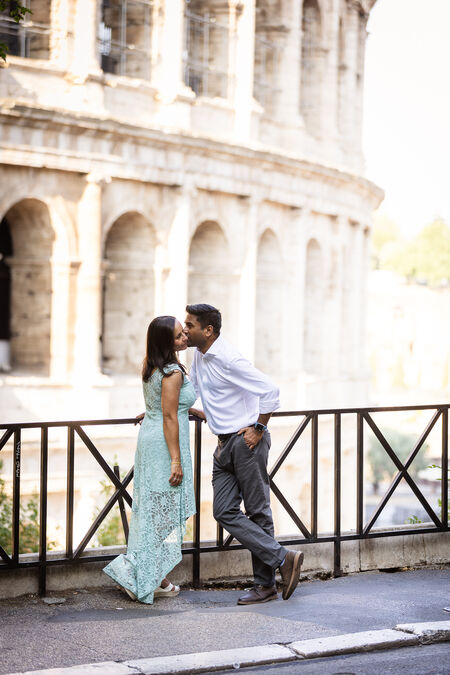 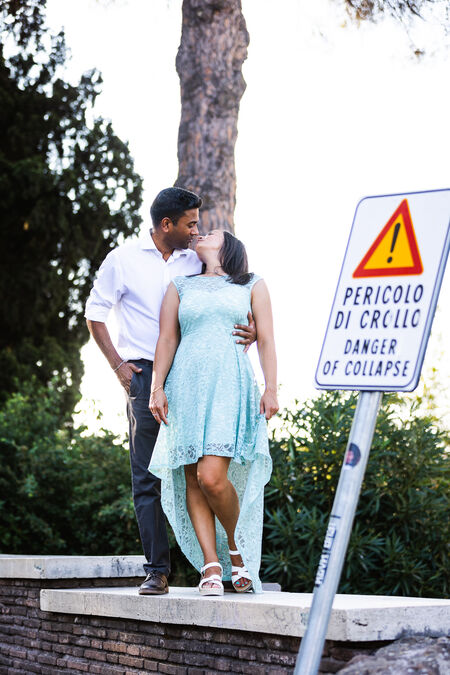 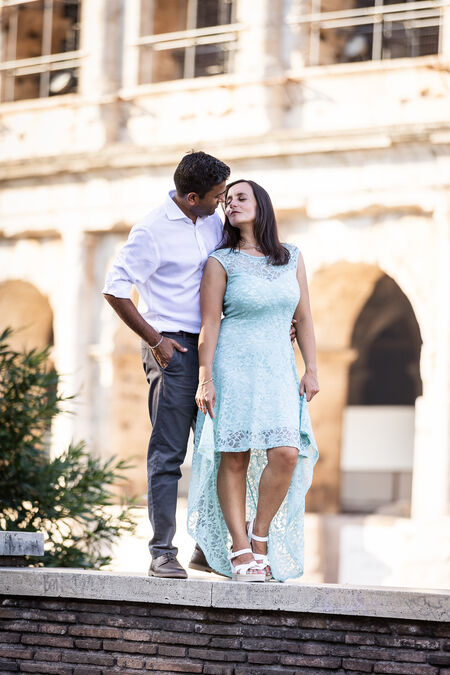 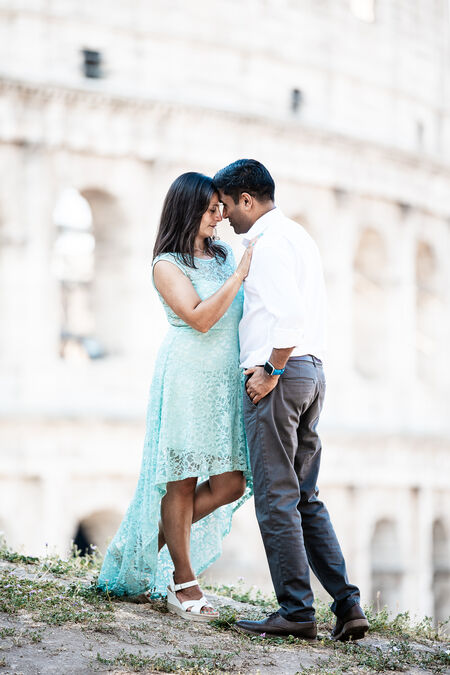 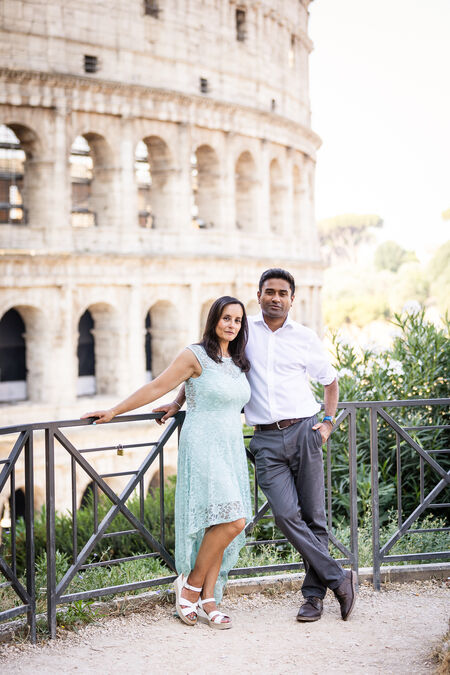 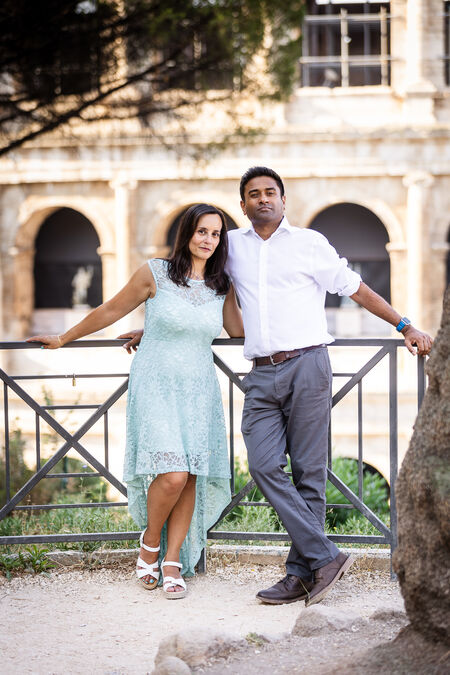